The Chinese government’s campaign of internment in the northwestern region of Xinjiang is extraordinary, by dint of its scale — but also, its contradictions.

Up to 1.5 million people from predominantly Muslim Turkic minorities — Uighurs, Kazakhs and Kyrgyz — have been arbitrarily detained in political re-education camps designed in part to make them renounce their religious beliefs.

At times, the Chinese authorities have portrayed this mass detention campaign as a “strict preventative measure” against violent extremist ideologies. At others, they have called it a benign “vocational training” initiative, comparing detainees to “boarding school students.”

But eyewitnesses — as well as the government’s own documents — reveal that these facilities are prisonlike internment camps that rely on intensive brainwashing procedures and forms of psychological torture. (There also have been reports of physical torture and rape.) Beyond the camps, the state’s social re-engineering efforts involve systematically separating children from their parents and enlisting more and more adults in forms of forced labor. 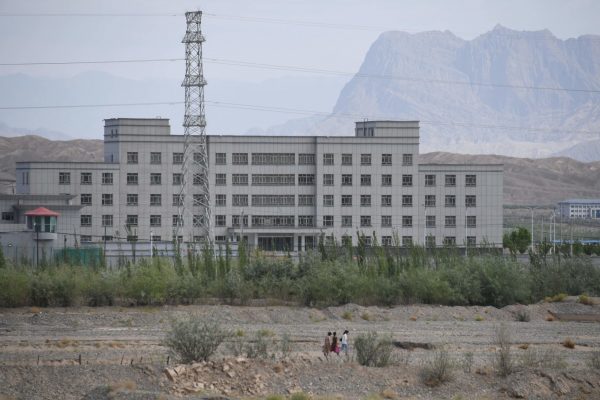 Buildings believed to be part of a re-education camp in Xinjiang in June.Credit…Greg Baker/Agence France-Presse — Getty Images

Although China has occasionally faced violent resistance from some Uighur groups, notably terrorist attacks in Beijing in 2013 and Kunming in 2014, the re-education campaign in Xinjiang isn’t really about combating extremism. (The United States’ antiterrorism czar, Nathan Sales, said as much earlier this month.) Those detained aren’t just young men — the group most vulnerable to radicalization, it is thought — but also the elderly and pregnant women, as well as atheists and converts to Christianity. One can be interned for putting too much gas in one’s car, refusing to smoke in public (abstention is taken to be a sign of piety) or receiving phone calls from relatives overseas. Members of ethnic minorities who said that they had tried everything to become “model Chinese citizens” have reported that those efforts didn’t save them from internment.

Why not? And why is the Chinese government repressing entire ethnic groups when such heavy-handed tactics are likely to only promote resistance and radicalization? And why is it willing to risk alienating Muslim governments in Central Asia and beyond even as President Xi Jinping has made the grand Belt and Road Initiative his flagship international project?

Because the Chinese Communist Party cannot not try to coerce assimilation. Its ultimate goal in Xinjiang — as elsewhere in China — is to exercise complete ideological supremacy, and that also entails trying to transform the very identity of the country’s minorities. The C.C.P. lives in perennial fear that, short of having a complete grip on Chinese society, its long-term survival is in danger.

And so the C.C.P. is doubling down today on a campaign of forced assimilation in Xinjiang that has failed elsewhere in the past.

The party’s current re-education drive is an upgraded version of the Cultural Revolution. This campaign, too, seeks to achieve ideological control by eradicating alternative ideological and belief systems. But it does so in a much more sophisticated and high-tech way. In Xinjiang, reams of personal information about Uighurs and other minorities are entered into police databases after being collected at checkpoints, through feeds from surveillance systems or during house visits.

Only this effort seems to ignore that one effect of the Cultural Revolution was to create a spiritual vacuum and that in the decades since China has experienced various spiritual revivals. Many Uighurs and Tibetans, as well as members of the Han majority, have ardently embraced both traditional and new beliefs.

The number of Christians in China is thought to have increased from 3.4 million in 1950 to about 100 million today — or more than the C.C.P.’s entire membership. Even C.C.P. members have either openly embraced a major religion or have anonymously admitted that they attend religious services, seek divination, burn incense or keep idols in their homes. Many of the devout see no contradiction between their faith and their patriotism or respect for the party.

Still, the C.C.P.’s campaign of assimilation today continues to target religion, because, in the party’s eyes, religion, which tends to represent a person’s deepest allegiance, competes with loyalty to the state and undercuts the party’s ideological foundation: materialism.

China’s spiritual revival has thoroughly confounded the core Marxist assumption that economic development would naturally extinguish religious beliefs; in fact, it has occurred even as the country has been lifted out of poverty. Increasing wealth also seems to have fueled corruption, including within the C.C.P. — undermining the party’s legitimacy and moral standing. The C.C.P. is now doubly on the ideological defensive.

The government, beyond targeting religion, has also tried to promote ethno-linguistic assimilation — again, through material incentives. Some minorities have pursued a Chinese language education in order to achieve upward social mobility. But many more have only become more entrenched in their distinct ethnic and religious identity.

Earlier this year, Tibetan nomads were told they could obtain state subsidies only if they replaced their altars devoted to Buddhist deities with images of Chinese political leaders. Likewise, Christian villagers in southeast China had previously been told to replace depictions of Jesus with portraits of President Xi if they wanted to continue to receive poverty-alleviation subsidies. Local officials then reportedly claimed, according to social media, that the initiative had successfully “melted the hard ice” in Christians’ “hearts” and “transformed them from believing in religion to believing in the party.”

Had it, though? My research among Sinicized Tibetans, conducted between 2006 and 2008 in Qinghai Province, showed that even the more assimilated members of the group could become champions of the very ethnic identity they supposedly had renounced. A similar phenomenon seems to be occurring among Uighurs now.

To take one example: Mihrigul Tursun, a Uighur, told the United States Congress last year of her time in detention and compulsory Chinese-language education, “My experience in this state program actually made me more conscious of my ethnic identity.” She has since become an outspoken activist.

An acquaintance of mine also said some Han Chinese in Xinjiang have told him that they believed the government was turning harmless minority citizens into hateful opponents — who will retaliate if they are ever released.

And yet the C.C.P. today has no choice but to believe that its re-education program can transform people into ideologically conforming citizens. Faced with the failure of more benign methods — improved living conditions, technological progress, state propaganda — it can only resort to repression.

Karl Marx predicted that capitalism would eventually collapse under the weight of its inherent contradictions. The C.C.P. seems no less vulnerable to its own contradictions: Its absolutist form of materialism, which aims to supplant religion and culture, has only intensified people’s yearning for religion and culture. Yet for now, it is desperately implementing its self-defeating ideology full throttle, and the effects in Xinjiang are devastating.